A Chinese firm specialising in adult nappies – also known as diapers – is to provide protective masks to the UK.
Daddybaby has just been certified by the British Standards Institution (BSI) and the EU to offer personal protective equipment (PPE). It is one of many companies to have switched to medical supplies and equipment during the virus pandemic. Daddybaby is one of the China’s best-selling diaper brands, becoming the first to be publicly-listed in 2015.

The company normally specialises in a very different line of products – including baby diapers, adult diapers and sanitary towels – but it has now modified six production lines, increasing its output to 1,100 mask pieces per minute, or 4.5m a day. Reacting to the approvals by the BSI and EU, the company said it will allow it “to break new grounds”.

‘I paid £160 for a pair of limited edition nappies’
Should I wear a face covering in the supermarket?
‘We feel unsafe when shoppers don’t wear masks’

Daddybaby first started making masks for Chinese citizens when the outbreak started in late January, and has since begun exporting them to other countries. “Daddybaby has provided more than 30m civilian masks to the people of China and donated over two million masks to people around the world,” it said. Since the Chinese firm retooled its production lines it has been exporting more personal protective equipment (PPE) overseas. 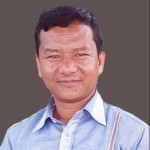