Nepal on Tuesday recorded 1,513 new cases taking the national C0vid-19 tally to 76,258. The country also reported 10 more deaths in the past 24 hours as the country’s coronavirus toll reached 491. Seven men and three women died of Covid-19 in the past 24 hours, according to the Health Ministry.

Among the deceased, two men aged 60 and 70 and a 57-year-old woman were from Kathmandu while two men—a 53-year-old and a 39-year-old— and a woman aged 76 were from Banke. Also, three men aged 68, 58 and 55 were from Morang, Mahottari and Chitwan districts respectively and a 72-year-old woman from Sarlahi also succumbed to the disease.

According to the Ministry of Health and Population, the Kathmandu Valley recorded 934 new infections in the past 24 hours, the highest single day spike. Of them, 747 were confirmed in Kathmandu, 114 in Lalitpur and 73 in Bhaktapur.

As of Tuesday, the number of cases in the Valley has reached 23,258. A total of 20,760 cases have been detected after the three district administration offices in Kathmandu Valley imposed prohibitory orders starting August 19 midnight.

The restrictions were extended, but with relaxations on some sectors. The government lifted restrictions on long-haul transportation last week. Domestic flights, too, resumed operations after six months on Monday.

The country has seen 58,264 infections and 451 deaths since July 22. There were 17,994 cases and 40 Covid-19-related deaths until July 21, when the government decided to end the nationwide lockdown after four months.

As of Tuesday, the 1,009,298 PCR tests have been carried out across the country.

“A total of 10,891 PCR tests were performed in the past 24 hours,” Dr Jageshwar Gautam, spokesperson for the ministry, said during a regular press briefing.

Infections were also recorded in nine people in Jhapa, eight each in Siraha and Kanchanpur, seven in Baitadi, six each in Sarlahi, Makwanpur and Palpa, five each in Saptari and Nawalparasi (West), four each in Bara, Dhading and Nuwakot districts.

Likewise, three persons in Sindhuli, two each in Udayapur, Terhathum Mahottari, Gorkha, Syangja and Gulmi, and one each in Ilam, Okhaldhunga, Bhojpur, Ramechhap, Sindhupalchok, Rolpa, Rukum (West), Dadeldhura and Doti, also tested positive for the virus.

“As of Tuesday, 213 Covid-19 patients are being treated in intensive care units across the country and 34 patients—26 in Bagmati, five in Province 1, two in Province 5 and one in Sudurpaschim Province—are on ventilator support.” 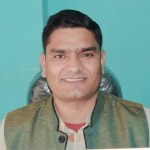 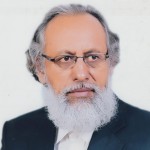 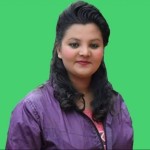