The first meeting of the province assembly of Province No 4 is scheduled to be held in the Pokhara Valley Town Development Training Centre on February 5.

Article 183 of the Constitution of Nepal has provisioned to summon the province assembly meeting within 20 days of the final results announcement by the State Chief.

Senior most member of the province assembly of Province No. 4, Janaklal Shrestha, informed that the meeting was summoned at 11:00 am on February 5.

Secretary at the Province Assembly Secretariat Devi Prasad Gyawali said that the date was confirmed after holding parleys with the political parties by the State Chief, while the formal notice would be issued on Sunday. 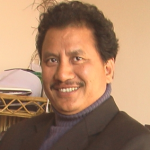